When William first came to David Cashel, he told us that his teeth were a disaster. After years of problems he was facing the difficult decision to have his teeth extracted. This is how he went from disaster to delight with upper and lower fixed implant bridges and crowns.

William’s first step was to book a free consultation using our online booking system. At the consultation he told Dr Cashel that he was very unhappy with his teeth but did not want a denture. Dr Cashel ran through a number of options and their likely cost with him before William decided that he was most interested in implants in his upper and lower arches with either bridges/crowns or dentures fixed to them permanently.

Diagnosis allows us to give more detailed treatment options and costs. At the first appointment Dr Cashel carries out a more detailed examination including X-rays, study models and tests as appropriate. After this appointment, William came back the following week to chat over the detailed diagnosis letter, detailing the treatment options and costs that Dr Cashel had prepared. They decided that the best option for William was to remove his decayed and weak teeth and replace them with bridges and crowns fixed to implants. After discussions with Dr Cashel, William agreed that he was happy to leave his healthy teeth rather than having them all extracted.

Function and appearance are both important in a full mouth rehabilitation. Dr Cashel created a 3D simulation of William’s new smile based on impressions of his existing teeth. This stage is crucial as the design has to combine art and science to give a lovely smile built on strong foundations, making sure that the new teeth are in the correct alignment. At his next appointments, William and Dr Cashel tweaked the model smile to make sure they were both happy.

William’s treatment started with the removal of his “disaster” teeth, leaving the healthy teeth with solid foundations. On the same day as the extractions, Dr Cashel fitted temporary bridges so that William was never without teeth. Many patients can have their implants and teeth supported on the implants fitted at this stage, but the best option for William was temporary bridges for three to four months while the sockets healed.

After the healing period, the lower implants were fitted, with the upper implants being fitted a month later. William sailed through the surgeries without the sedation that we offer for these more invasive procedures. The temporary bridges remained in place while the implants themselves healed – again, this was William’s best option, although the final teeth can be fitted at the same time as the implants in many situations.

William was delighted with his final teeth, which were fitted a few months later. His bridges and crowns are fixed to the implants, so he cares for them like normal teeth and never has to take them out. He can now eat and smile with confidence. 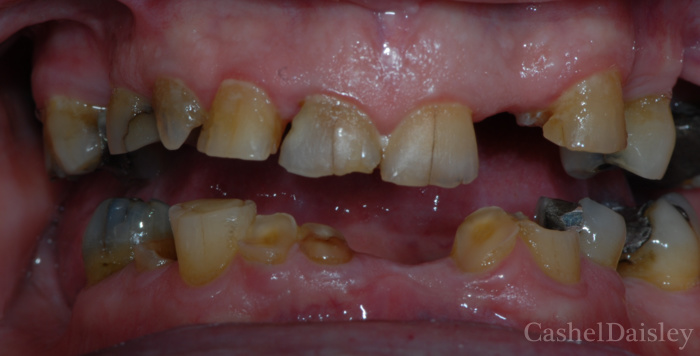 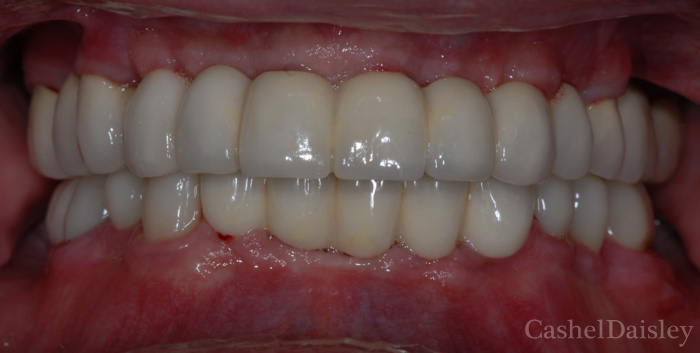 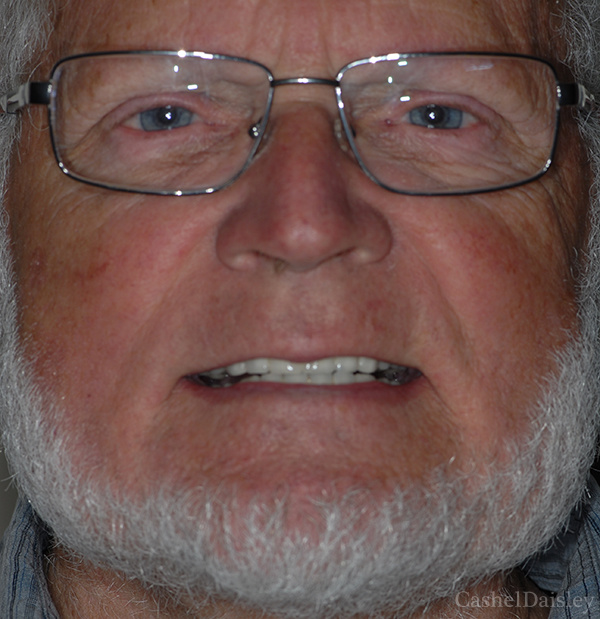 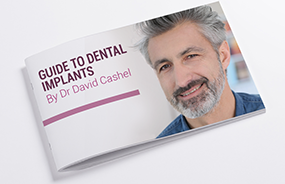 Our clients believe in us.

Here is what they say. 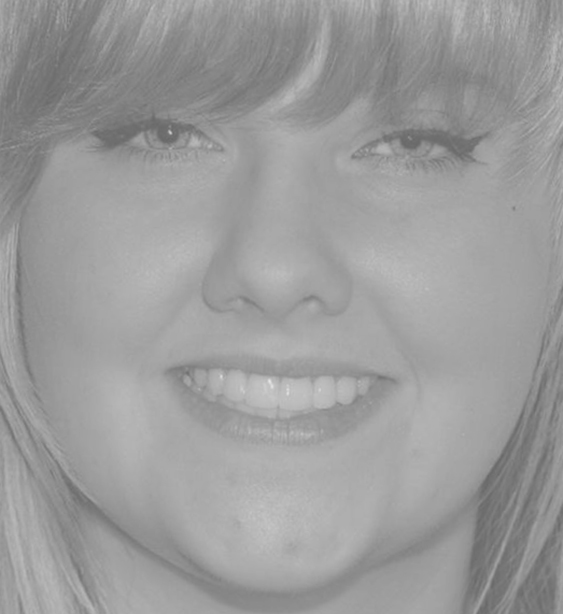 I feel much happier and more confident 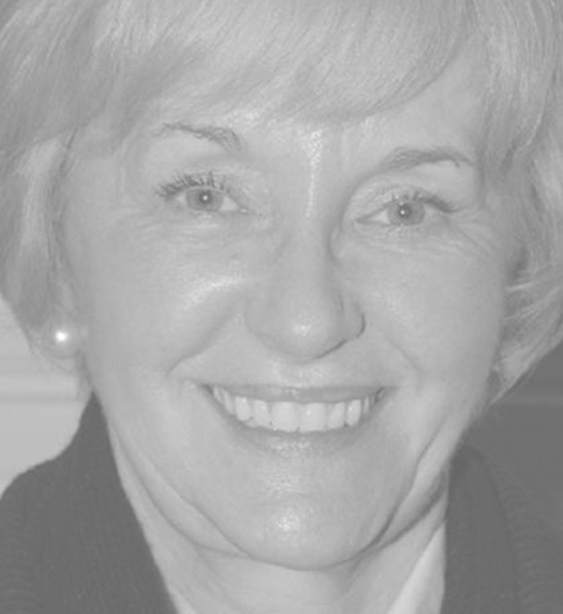 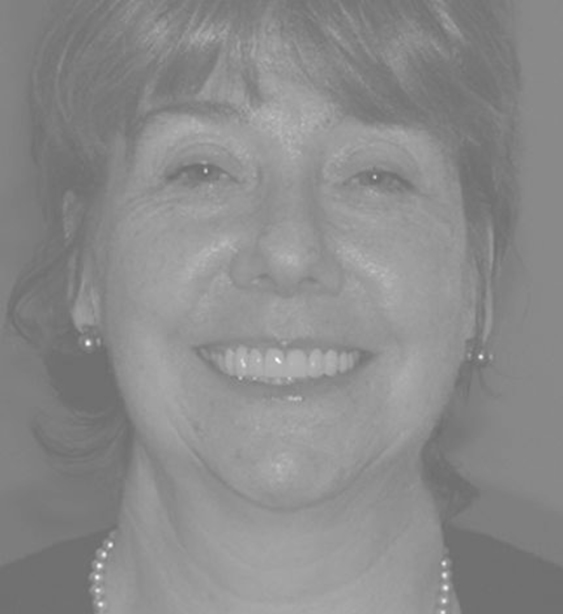 I am very pleased indeed with my new smile 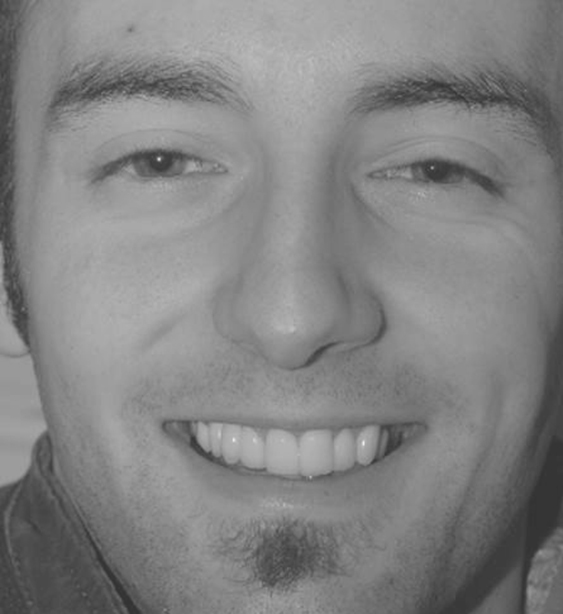 Going to the dentist should always be like this